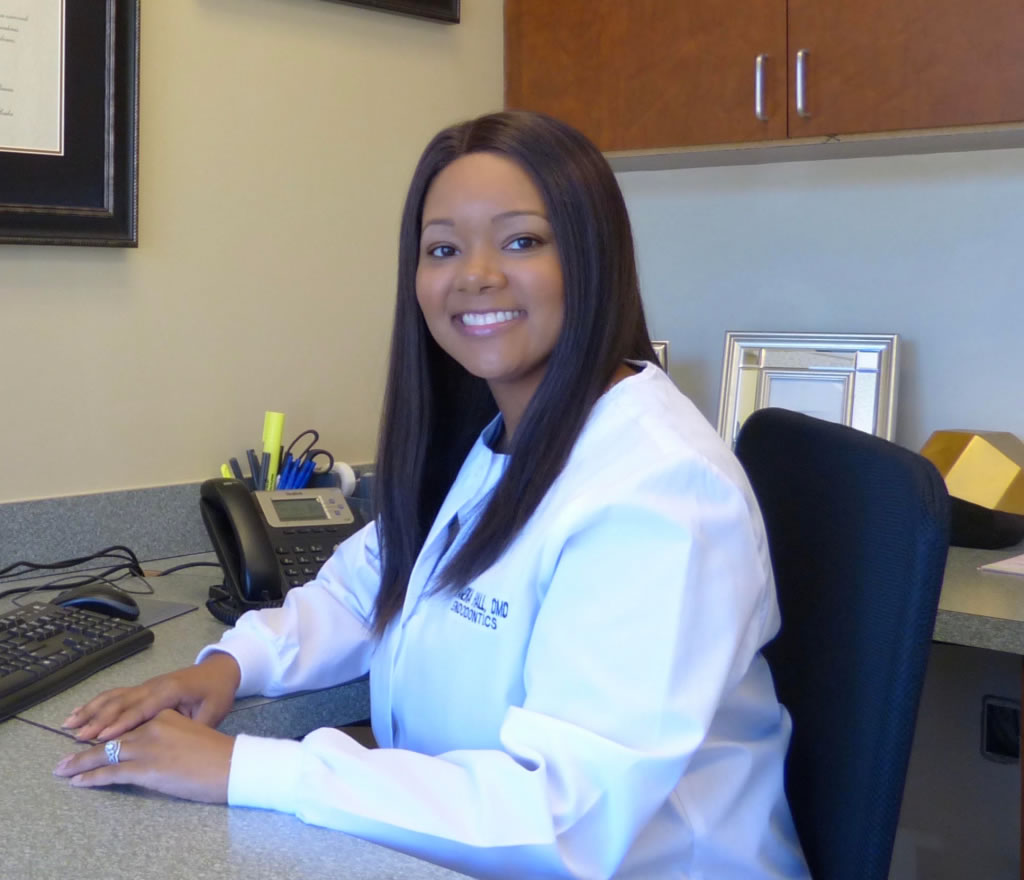 Dr. Tameika Wheeler Hall was born and raised in Atlanta, Georgia. She graduated with honors from the University of West Georgia with a degree in Chemistry in 2004. She served as a chemist for 3.5 years before moving on to pursue her dental education.

From there Dr. Wheeler Hall decided to further her education at Louisiana State University in New Orleans, LA where she completed a General Practice Residency and received a certificate in General Practice Dentistry in 2013.

Following her tenure at LSU, Dr. Wheeler Hall attended the University of Alabama at Birmingham and received a Certificate of Advanced Graduate Studies in the specialty of endodontics. While at the University of Alabama, she also served as and endodontic resident to our nations veterans at the VA Medical Center in Birmingham, AL. She graduated from UAB in July of 2015, and has been practicing endodontics in the Atlanta area since then.

In her spare time, Dr. Wheeler Hall enjoys spending time with her husband and their five children. Her hobbies include cooking, traveling, and interior decorating.

COVID-19 - We are still open for EMERGENCIES during this time.
If you are in pain, we will make sure you are seen the same day by calling our…